For the occasion of the Concorso di Eleganza Villa D’Este in 2015, the Lamborghini Contact LP400 brown from Albert Spiess Collection, brought to us by Mrs. Spiess. The Lamborghini Countach is a mid-engined, V12 sports car produced by Italian car-manufacturer Lamborghini from 1974 to 1990. Its design pioneered and popularized the wedge-shaped, sharply angled look popular in many high-performance sports cars. It also popularized the “cab forward” design concept, which pushes the passenger compartment forward to accommodate a larger rear-mounted engine. 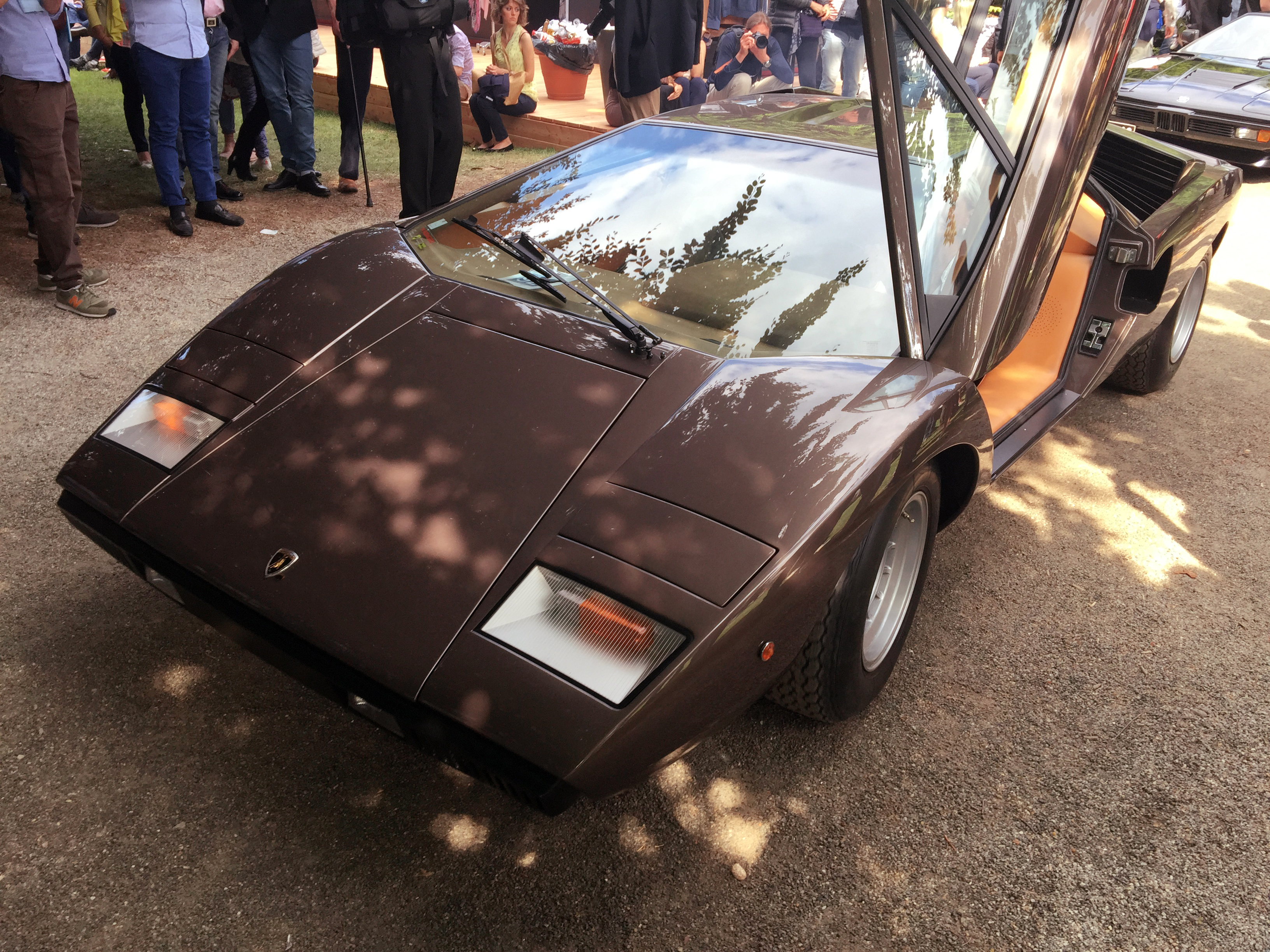 After Bob Wallace tested the prototype during the entire year 1971 it was the time to build a new prototype to go further to production.

For the Lamborghini engineers it was clear that an extraordinary car like the countach was, could not have a normal steel sheet welded chassis, no, it must have a chassis, which is as “avant-garde” like the cars shape.
So they constructed a Formula 1 like tube frame, this tube frame was created by Marchesi and weighted 90 Kilos, 17 less than the prototypes steel correspondent.

Like on the prototype a 4l engine was used, the engine derived from the Espada was modified for higher performance, it got bigger carburettors and the camshaft timing was changed. On the following picture you can see the engineers discussing the fitting of the engine into the new frame.