The “250” in its name denotes the displacement in cubic centimeters of each of its cylinders; “GTO” stands for “Gran Turismo Omologato”, Italian for “Grand Touring Homologated.” 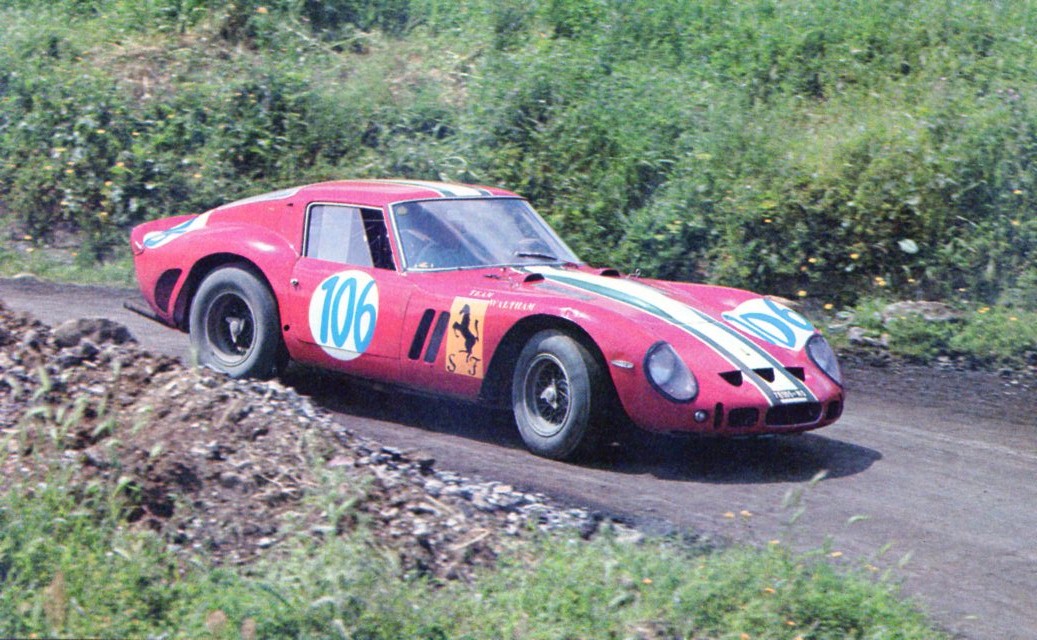 In its development and refinement of the long-running 250 series, Ferrari saved the best for last with the immortal Ferrari 250 GTO.

All told, just 39 examples of this voluptuous coupe were produced. All were built to race, but were theoretically usable on the street by virtue of sports-racing rules that required road versions of competition cars. That regulation, in fact, gave rise to the car’s name: gran turismo omologato — a GT homologated, or sanctioned, for racing. 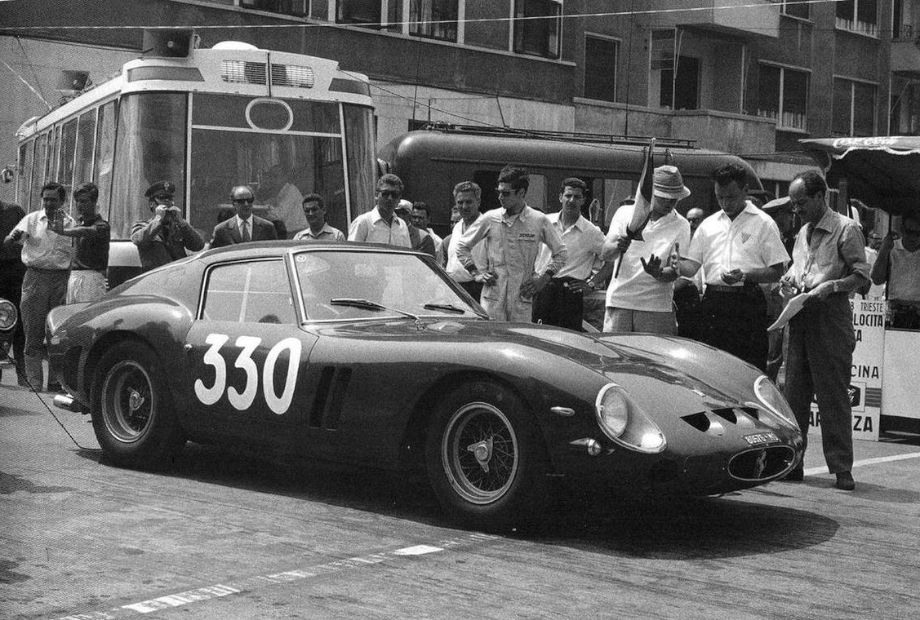 And race it did, propelling Ferrari to the Constructors International Grand Touring Championship in 1962, 1963, and 1964.

Surprisingly, the Ferrari 250 GTO could be said to owe its existence to Britain’s Jaguar. In March 1961, Ferrari sales manager Girolamo Gardini watched Jaguar unveil the E-type at the Geneva Motor Show and returned to Modena, sounding the alarm. “Gardini was going around the factory, telling everyone ‘They are going to beat us with their new GT,’” engineer Giotto Bizzarrini recalled.

Once Gardini convinced Ferrari of the urgency, Enzo insti-gated a full-court press. Bizzarrini was put in charge of the project and operating in complete secrecy, handpicked several workers and technicians outside normal Ferrari circles.

Bizzarrini’s starting point was the Ferrari 250 GT SWB, which he helped develop. A passion for aerodynamics and proper weight distribution caused him to relocate the entire engine behind the front axle. This improved weight balance for better handling while allowing him to create a lower, more-aerodynamic hood line. A new steeply raked windshield and a hand-formed fastback completed the silhouette.

Intense trial and error distinguished the prototype’s development. Enzo was on the shop floor daily, pushing the men to speed up. Bizzarrini’s group worked around the clock, seven days a week. He recalled the many midnight phone calls, the voice on the line telling him, “Ingengere, the car is ready for testing.” Bizzarrini would drag himself out of bed and, with no regard for hour or weather, complete another series of tests.

In September 1961, the prototype was taken to the Monza racetrack near Milan for its first real tests. An SWB was brought along for comparison. The Ferrari GTO was consistently several seconds faster a lap than the Ferrari 250 SWB, Bizzarrini remembered.

Two months later, Bizzarrini became embroiled in “The Walkout.” He found himself on the outside of Ferrari, along with fellow engineer Carlo Chiti, sales manager Gardini, and a handful of others.

Ferrari promoted Mauro Forghieri, a young engineer, to complete the Ferrari 250 GTO’s development, with stalwart Sergio Scaglietti assigned to refine the body. In the process, the tail was fitted with a small rear spoiler, as found on the new midengine Ferrari 246 SP. 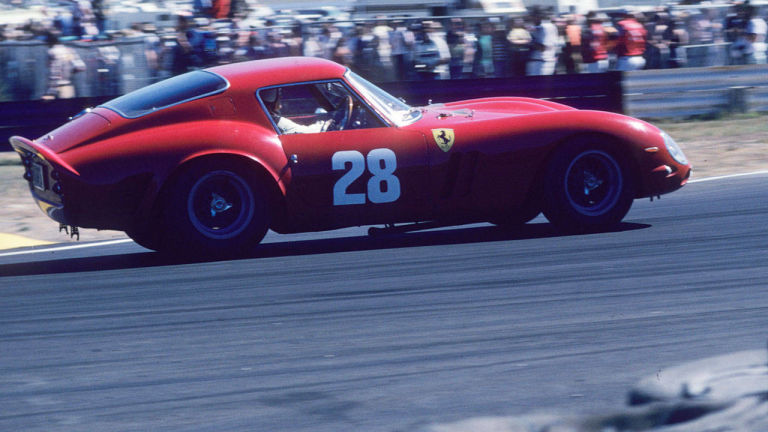 A Watts linkage, Koni shocks, and semi-elliptic leaf springs made up the rear. Disc brakes were used all around. The interior was unusually well-turned-out for a car intended for the track, being roomy and dressed up with chrome-trimmed gauges.

Indeed, the Ferrari 250 GTO’s qualification for GT-class competition revealed much about Enzo Ferrari’s gamesmanship. The FIA allowed body modifications to already-homologated production cars. Ferrari successfully positioned the Ferrari 250 GTO as simply a modified-body 250 GT SWB. Thus, he slipped this limited-production purpose-built competition coupe into a class meant for volume-built sports cars. It was a wolf among lambs.

The first one was sent to Florida for the 1962 running of the 12 Hours of Sebring. Phil Hill and Olivier Gendebien won the GT class, and finished second overall. GTOs thereafter were a fixture in the winner’s circle and among the top ten. Outright victories came in England at Goodwood and in France at Auvergne and Monthlery, where GTOs took four of the top five spots.

At Le Mans, Jean Guichet and Pierre Noblet won the GT class and finished an astounding second overall, their 113.077-mph (182.673km/h) average bettered only by the winning Ferrari 330 LM’s 115.245 mph (185.469km/h). Other GTOs came in third and sixth on distance. Additional second-place finishes that year were turned in at Nurburgring and at Bridgehampton in America.

The results were much the same in 1963. Counted among overall victories were Daytona in Florida (Pedro Rodriguez), Spa in Belgium (Willy Mairesse), two major Goodwood events (Mike Parkes and Graham Hill), and the Tour de France (Guichet/Jean Behra). Again at Le Mans, a GTO won the GT class and placed second overall. 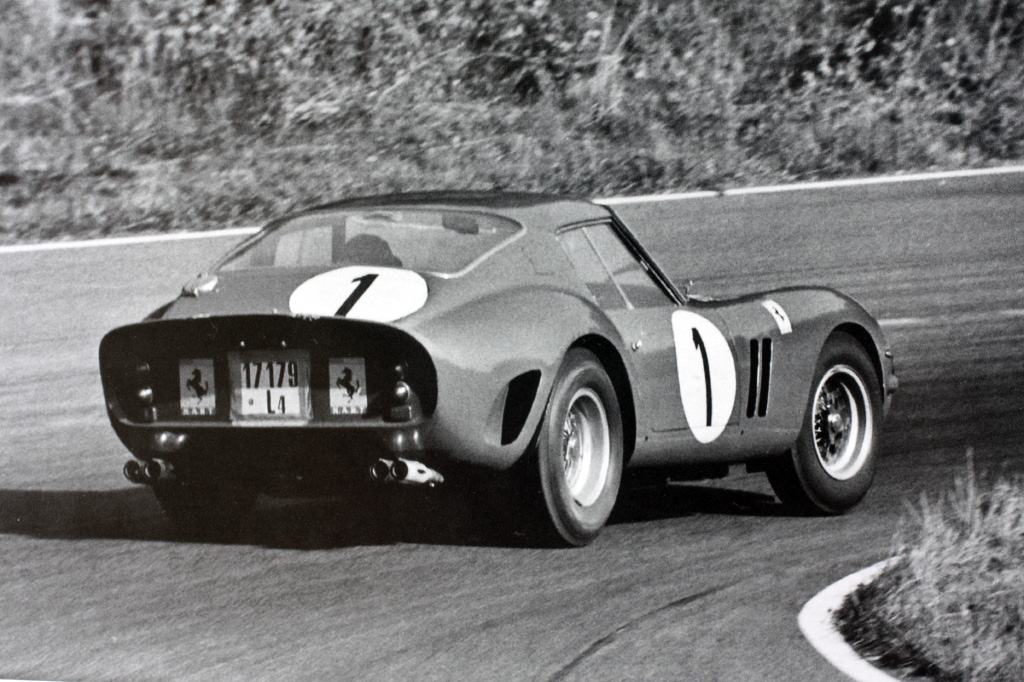 Ever-escalating speeds called for still-lower, wider bodywork that in 1964 resulted in the “Series II” GTO, its new greenhouse inspired by the Ferrari 250 LM. The original body shape continued in the form of three “Series I” GTOs with 4.0-liter engines.

These cars staved off Carroll Shelby’s Ford-powered Cobras and Daytona coupes to win another world GT championship. Victories at Daytona, Spa, and in the Tour de France helped put Ferrari over the top.

For ’65, weary rulesmakers doubled the allowable engine displacement in its class, neutralizing the Ferrari 250 GTO as a consistent podium threat. This was Ferrari’s last successful front-engine race car, and an uncompromised classic.